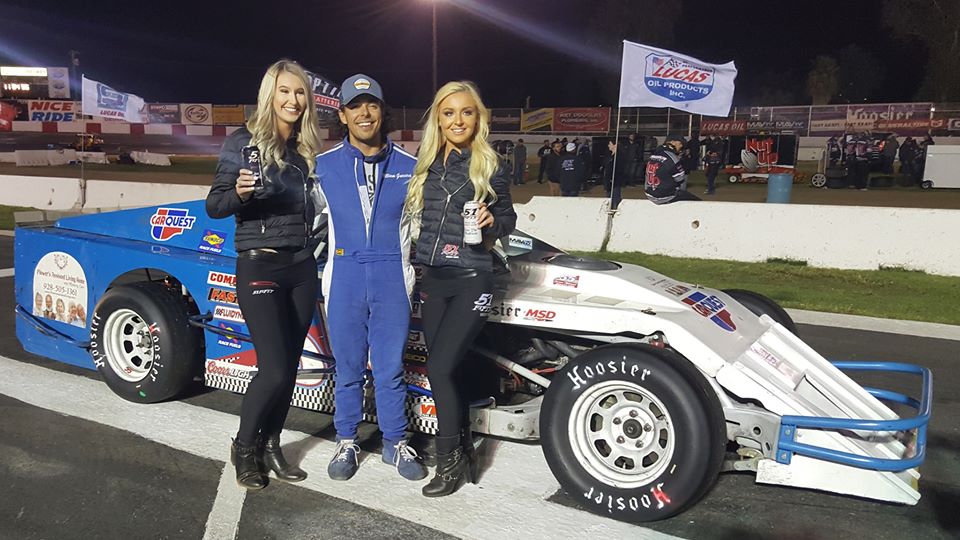 admin2020-01-21T09:34:24-07:00
By admin News 0 Comments
ShareTweet
William Guevara was the first Spears Modified Series driver to enter “Sunrise Ford All-Star Showdown 75 presented by the “West Coast Stock Car Hall of Fame” at Irwindale Speedway on February 1st. Guevara was the 2019 SPEARS Modified Series Championship Runner-up. It was his most successful season in the Modifieds to date, with three top-five and six top-10 finishes. One of those top-five’s was his last start at Irwindale Speedway, finishing third in the July event.

Guevara will be looking for his first series victory, and the $5,000 winner’s prize, thanks to series sponsor FLUIDYNE High Performance and Irwindale Speedway. The “Hard Charger” for the event will also pick up an extra $1,000 from the West Coast Stock Car Hall of Fame. The event will kick off the fifteenth season for Spears Manufacturing Modified Series presented by Lucas Oil. It will be the second season under the leadership of the SPEARS SRL Southwest Tour Series staff.

Guevara was supported in 2019 by sponsors; Flowers Assisted Living, Larson’s Equipment, Alignment Doctor, Get it in Gear Transmissions, Babaloo Lounge and Car Quest.