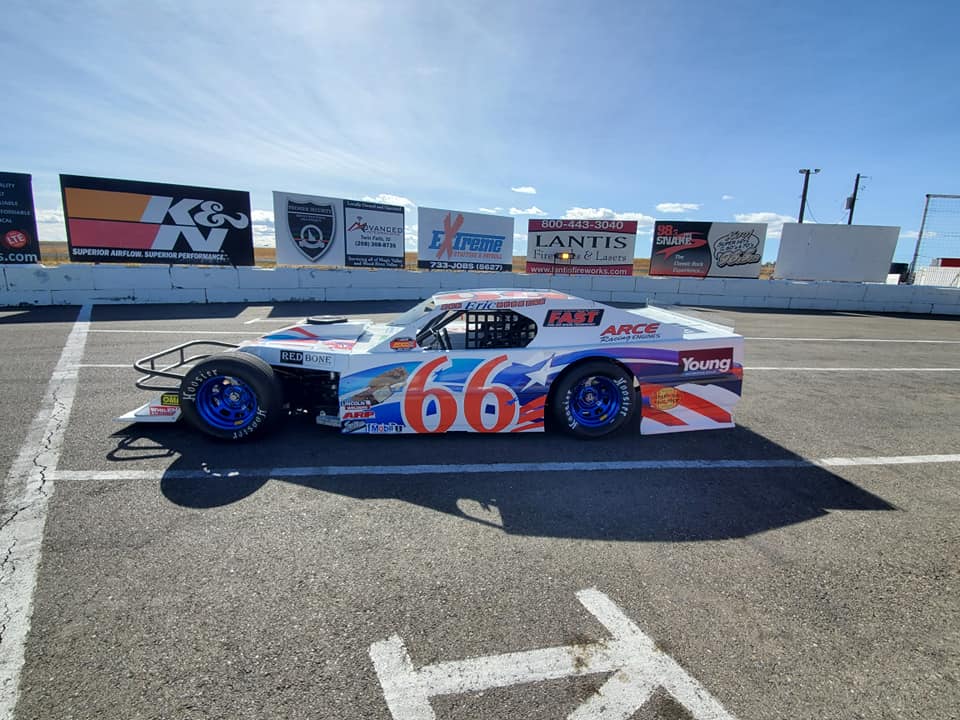 2020 Magic Valley Speedway Modified Track Champion Eric Rhead is heading to the LVMS Bullring and Dirt Track to participate in this weekend’s OPTIMA Batteries 75 presented by FAST – Fuel Air Spark Technology for the Spears Modified Series. Rhead was also the 2018 Intermountain Outlaw Modified Series Champion and was a three-time winner in the Rocky Mountain Challenge Series for Super Late Models.

The North Salt Lake, UT driver participated in this event in 2018, scoring a 10th place finish. Overall he has 11 starts in the SPEARS Modified Series with a best finish of fourth, at Rocky Mountain Raceway. Rhead will take on a field of 36 drivers from across the Western United States, with help from sponsors Redbone Trucking Inc and FatBoy Ice Cream.

For those who can’t attend the event, catch the action live at www.SpearsRacing.TV, with your paid subscription. The broadcast will begin at 3:00 pm (PST) with Qualifying. The event will also be shown on MAVTV and a date to be announced later.