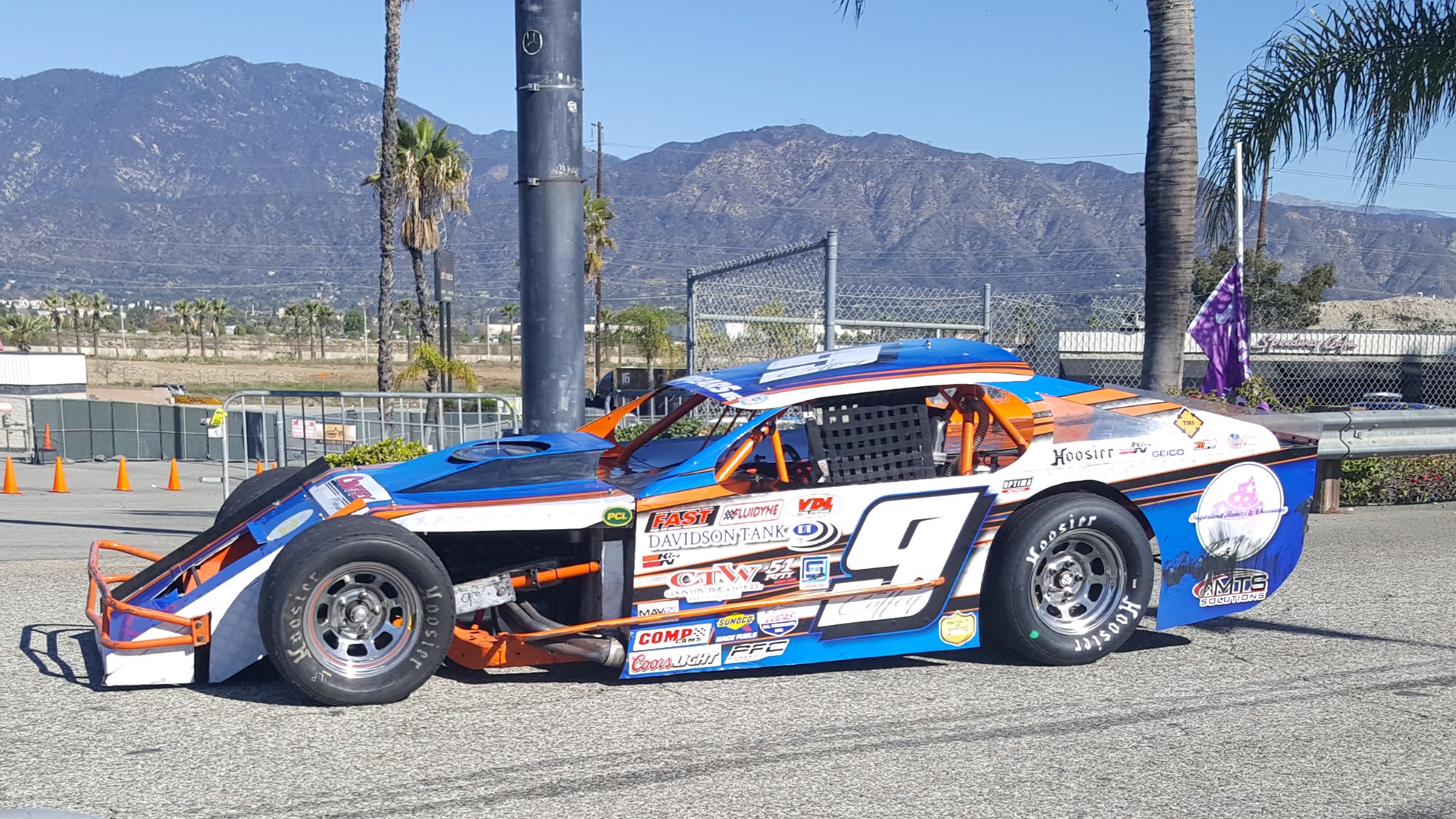 Ed Coffey has joined his older brother Jim Coffey, as a candidate for the Spears Modified Series presented by Lucas Oil Rookie-of-the-Year in 2020. Ed is currently second in those standings behind his brother and sixth overall in the championship standings. Ed will now head to Irwindale Speedway’s inner 1/3-mile oval, for the “Traffic Management, Inc. 75 presented by General Tire”. It will be the first time on the 1/3-mile oval for both the series and Ed, and he is looking forward to the challenge on September 19th.

“I am excited about running a new track like Irwindale’s 1/3-mile”, Coffey told the SPEARS Modified Series. “I’ve always liked the challenges of racing different tracks, series, and  divisions. I guess you’d consider me a racing junky. If someone offered me a chance to race either the Indy 500 that day or a mini stock at a dirt track the same night, I’d try to figure out how to race them both.”

Ed’s biggest competition for the Rookie-of-the-Year Award is his brother Jim. Racing against his elder brother is nothing new for the Bakersfield, CA driver, as he has competed against him for several years at Kern County Raceway. The brothers enjoy racing against each other, they help each other, and they race respectfully, but Ed has no problem putting the bumper to his brother if need be.

“Racing against my brother is one of the coolest things any siblings can do”, Coffey explained. “We always try to help each other as far as getting to the front. Now when we’re running first and second, we race each other harder than we would against the other competitors. We always race clean, but I have no second thoughts about moving him over.”

To this point in their racing career, Jim has gotten the edge over Ed, with three track championships at Kern County Raceway in the Spec Modifieds. The brothers raced very sparingly against each other before racing at Kern, however, but like any brotherly rivalry, Ed has his own bragging rights to tout around the Coffey Table.

“It’s no secret that Jim has the three-peat championship at KCRP, and my best season is second place. But, he has yet to beat my record of winning two championships in two divisions in the same year.”

Both Ed and Jim are both chasing the Spec Modified title at Kern County Raceway, in an abbreviated schedule. They are one and two in the standings, with Jim leading. They both bring those same rides to the SPEARS Modified Series. It is a fact that Ed appreciates about the series. That and the teams involved with the series, who are all to happy to help out, as Ed mentions.

“The fact that I can take a 22-year-old car, on a shoestring budget, and be able to compete (although it’s the back half) is pretty cool. The fact that every driver that I’ve talked to is helpful and friendly, speaks volumes for the class.”

Not only does Ed have support from his fellow racers, his family goes above and beyond the call of duty. Both Jim and his wife Tracy’s support and dedication can be seen from the experience of the birth of his only daughter, of course on race day as Ed relates.

“Some fans at Kern know that I have the most supportive wife and family that I could ever imagine. On June 2nd, 2018 at 5:28pm, my first and only daughter was born, (it was also race day). Earlier that day I asked my brother and his team to take my car to the track. You know, just in case. After she was delivered, my wife looked at me and said go straight there, and straight back, but make sure you bring your daughter a trophy. With no practice or qualifying, I started at the rear and brought her a third-place trophy.”

For that support from family, friends and sponsors, Coffey is extremely thankful.

I’d first like to thank my wife Tracy Coffey and my kids, for always supporting my love for racing”, Coffey began. Thank you to my parents for getting me started in this fun sport. Also, to my team that’s always there helping me. Thanks to my sponsors Davidson Tank, The Cope Real Estate Team, Rek Max 3D, One Hundred Designs, and also Mark Rodriguez and his late wife Roxane, for all their support.

The “Traffic Management Inc. 75 presented by General Tire” will begin the second half of the season for the SPEARS Modified Series. The 1/3-mile at Irwindale Speedway will present a unique challenge for many of the competitors. Ed and Jim Coffee will be two of those competitors and younger brother Ed will be looking to close on his brother in the rookie and championship battle, and conquer that new challenge.