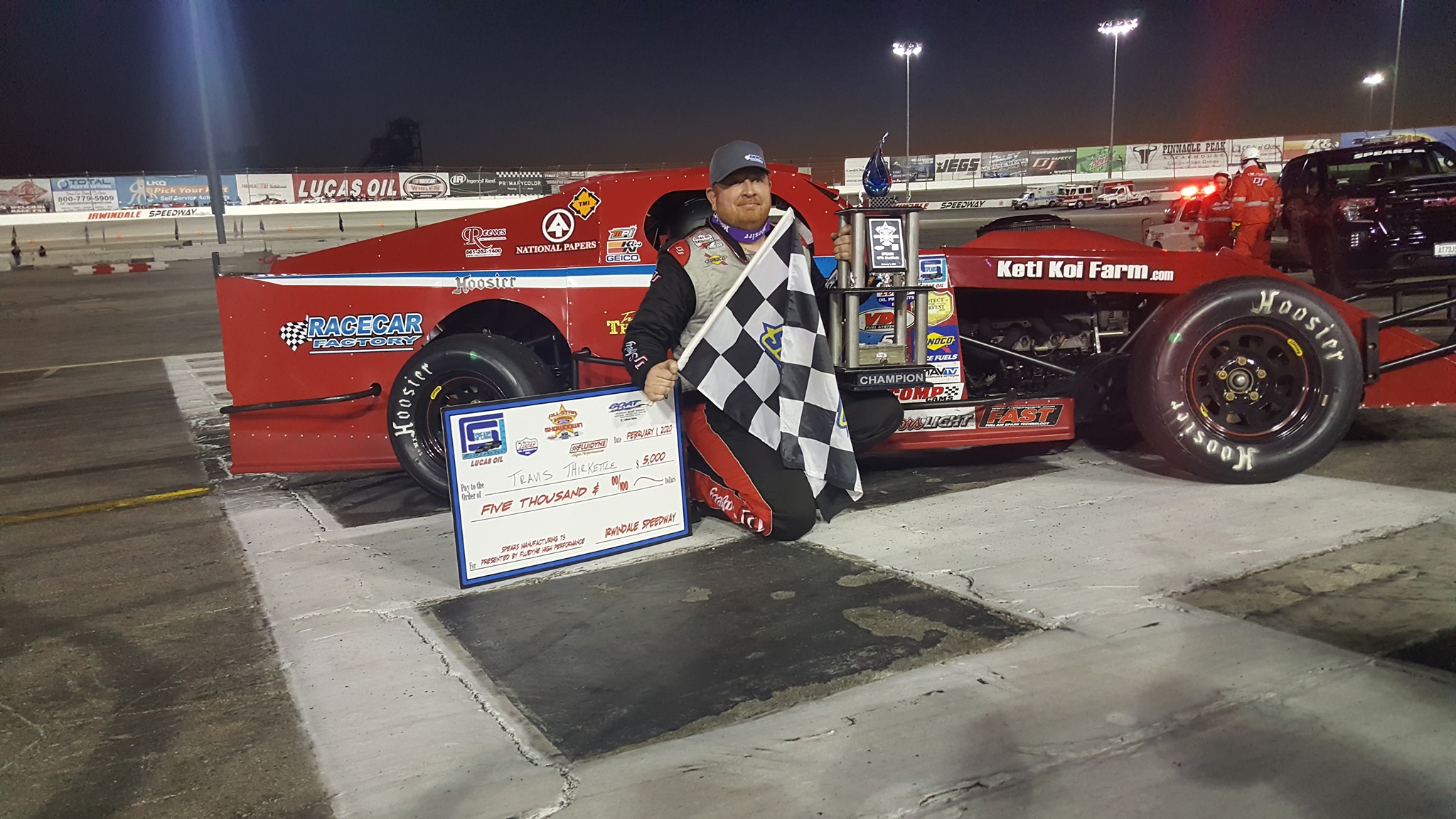 Can Travis Thirkettle defend his victory in the “Sunrise Ford All-Star Showdown presented by the West Coast Stock Car Hall of Fame” at Irwindale Speedway? He will get his chance on February 6th, when the Spears Modified Series visits the Southern California facilities inner 1/3-mile oval for the season opener. A win will once again be worth $5,000 for the Canyon Country, CA driver.

Thirkettle was victorious last season, after a furious battle with Jeremy Doss. However, this year’s edition will not be on the big ½-mile, on which Thirkettle is so proficient. Thirkettle finished fourth when the series visited the inner oval in July, but will be striving to pick up those three extra positions. Thirkettle is sponsored by the RACECAR Factory and Ketl Koi Farm.

For those not in attendance, the event can be watched live at www.SpearsRacing.TV and will be shown on MAVTV at a later date.