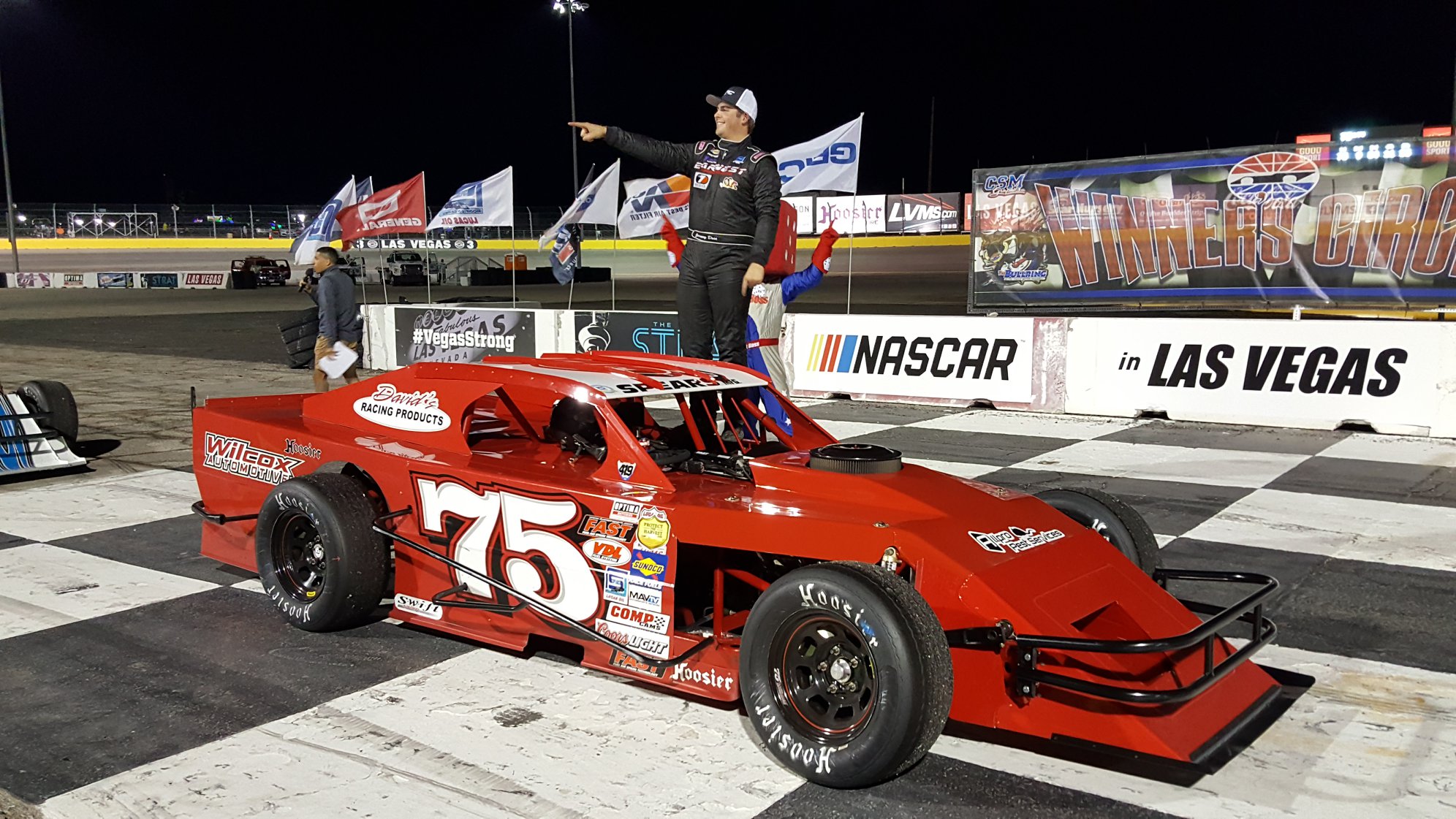 Jeremy Doss made his Spears Modified Series debut at this event in 2019. He will look for a repeat performance of his win, in this weekend’s “OPTIMA Batteries 75 presented by FAST – Fuel Air Spark Technology” from the LVMS Bullring and Dirt Track. The 2018 Spears Srl Southwest Tour Series Champion enters the event with a slim one point championship advantage over “Fast” Eddie Secord in the battle for the 2020 series crown. With three victories on the season, will the “Birthday Boy” secure win number four, over the 36 car field? Eddie Secord and 34 other Modified drivers may have something to say about that. Tune into www.SpearsRacing.TV to find out.

For those who can’t attend the event, catch the action live at www.SpearsRacing.TV, with your paid subscription. The broadcast will begin at 3:00 pm (PST) with Qualifying. The event will also be shown on MAVTV and a date to be announced later.