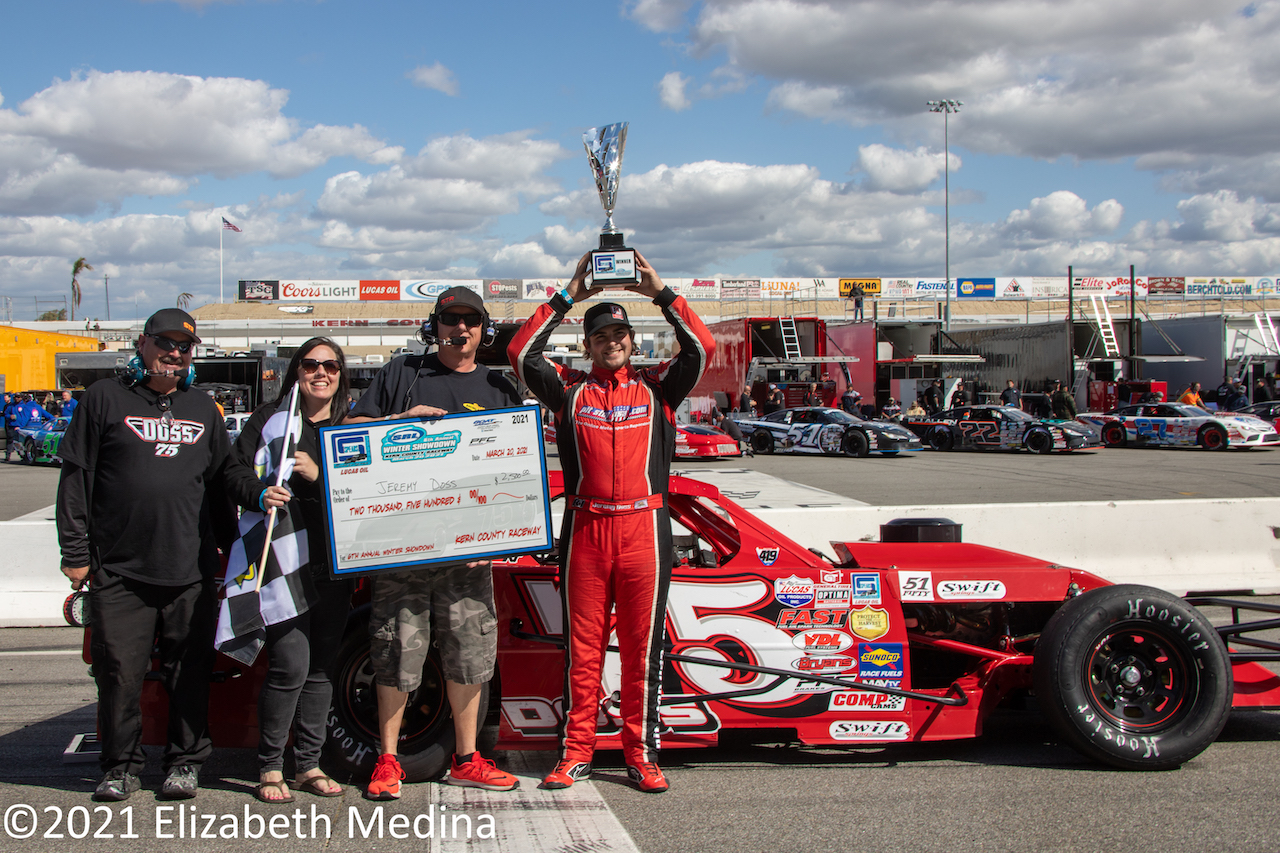 Bakersfield, CA – Jeremy Doss is on a roll, and his Winter Showdown performance on Saturday afternoon only bolsters his momentum. Doss took the lead on lap four, and survived a mid-race challenge from Travis Thirkettle to win the SPEARS Manufacturing “Winter Showdown 60” and $2,500 at Kern County Raceway. The victory was his fifth in a row in the SPEARS Modified Series It follows two victories in the new SPEARS Pro Late Model Series, to start the season.

“It feels really good”, Doss expressed. “I’ve gotta thank Eddie and Cory Wilcox for giving me the opportunity to drive this car. I gotta thank Duane Sharp for fine tuning it, and making it a really good racecar, as well as Steve Teets, Peters Racing Engines, Swift Springs, PitStop USA, Horsepower Project and everyone who is aboard with this team. It is really good to get five in a row, and I hope we can keep up this success.”

The initial start found Secord out to a short lead over Jacks, with Doss up to third. Two quick cautions landed Doss inside of Secord for a restart, where he was able to power by for the lead on lap 4. Thirkettle would move by Secord a lap latter, as Secord struggled with brake issues all weekend. Doss was able to slowly open a lead over Thirkettle, who also drove away from Secord in the process.

On lap 31, the caution came out for a spin in Turn 1 by Pat Petrie. The restart saw Thirkettle line-up to the inside of Doss. As the green came out, Thirkettle was able to battle side-by-side with Doss, eventually wrestling the lead from the 2020 SPEARS Modified Series Champ. Doss then mounted a comeback, challenging Thirkettle to his inside, as the Canyon Country, CA driver protected the outside groove. By lap 36, however, Doss was able to reassume the lead, after the two leaders made contact coming off of Turn 4, lurching sideways. Both drivers were able to save it, however, and Doss would assume a lead he would never relinquish. Jimmy Dickerson took advantage of the caution, to also get by Secord for third, as the field ran clean and green to the lap 60 conclusion.

After the race, Doss recalled his battle with Thirkettle, as the two championship leaders continue to show their early season dominance.

“On the restarts it seemed like I was a little snug and he was able to capitalize on that and get me”, Doss explained. “Luckily, as the run went on, our car was able to shine a little more. It was fun racing with him and I’m looking forward to the rest of the year.”

Thirkettle was smiling after the event, after recalling the battle for the lead, between himself and Doss. He felt like it was just good hard racing against the driver with the best car all weekend.

“He had a little on us, and he was the best car all weekend, and they earned it”, Thirkettle admitted. “They knew we were here, and we tried our best. We snookered him a little on the restart, maybe shifting on him a little bit. He ran me tough, and we got into each other a little bit, but it was fun racing. I just saw it as some hard racing. I was trying to get a good line off and was maybe a little to tight to him. When it got loose, we rubbed just a little bit. It was nothing intentional.”

The next event for the SPEARS Modified Series will be a return trip to Irwindale Speedway on April 10th. The Modifieds will be joined by the SPEARS Southwest Tour Series as well as the SPEARS Pro Late Model Series presented by Sigma Performance Services.

Bakersfield, CA - Jeremy Doss won a battle of the “Red Rockets” Saturday night at Irwindale Speedway, as he... read more

To All Race Teams,   It is important that we are always good and respectable guests at our host racetracks for... read more 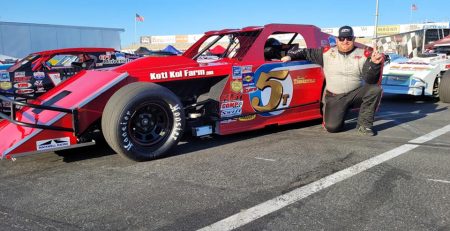 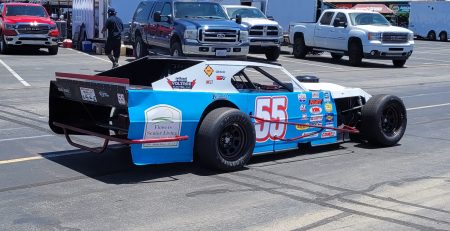 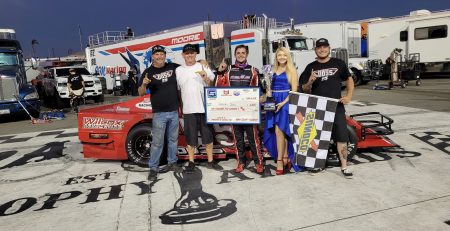 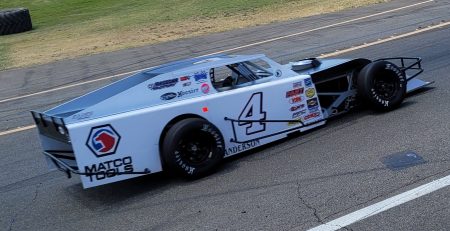 Bakersfield, CA - Andrew Anderson has shown steady improvement throughout the 2021 season, after returning from a break from... read more