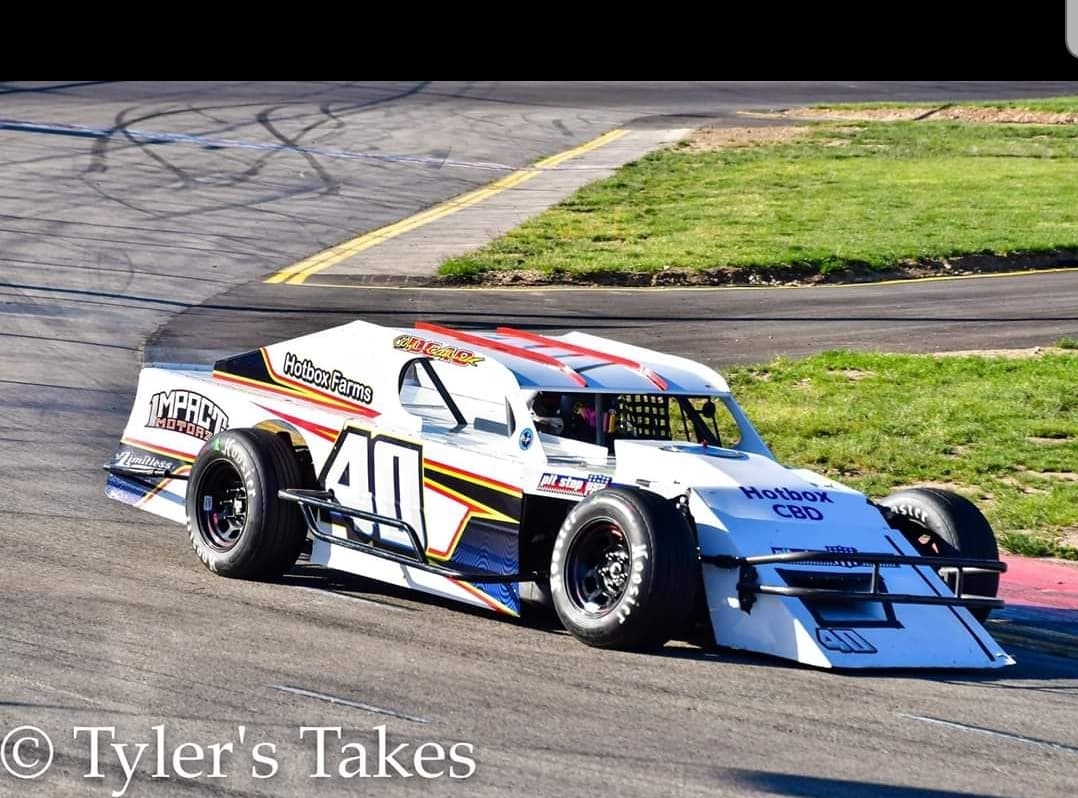 Dylan Caldwell has entered the Sunrise Ford “Modified All-Star Showdown 100” for the Spears Modified Series at Irwindale Speedway on February 6th. Caldwell is a veteran of Super Late Models, Pro Late Models and Modifieds in his native state of Idaho. The Nampa, ID driver will make the trip to California for his second start in the SPEARS Modified Series looking to take home $5,000 for his efforts.

Caldwell calls Meridian Speedway his home track, where he was the 2012 Late Model Track Champion. He was the winner of the 2016 LeeRoy Nelson Memorial race in the Modifieds, and the 2012 Bill Crow Memorial 50 in the Late Models. In 2020, Caldwell did a little travelling, running in the Speed Tour Modified Series, where he finished third in the championship standings. He scored a win at Magic Valley Speedway, along with four top-five and five top-10’s in seven starts. Prior to that Caldwell was a semi regular competitor with the now defunct Rocky Mountain Challenge Series from 2008 to 2013. In that time, he finished top-five four times, with 14 top-10 efforts.

The popular driver will now set his sights on making his second SPEARS Modified Series start, when the series opens its season at Irwindale Speedway on “Sunrise Ford All-Star Showdown presented by the West Coast Stock Car Hall of Fame” weekend. It will be Caldwell’s first All-Star Showdown, an event he remembers with fondness from the past.

“I’ve always been a fan of the All-Star Showdown growing up, and with it coming back, and us being in the position to make the trip, we were not passing this one up”, Caldwell explained.

Despite having no experience on either of Irwindale’s oval tracks, Caldwell feels he and his Latham Motorsports team will have a good run, as he feels the inner 1/3-mile will fit his driving style.

“I have never run at Irwindale, on the big track or the 1/3-mile”, Caldwell admitted. “From the info we have, it being a flatter less grip track, it plays more into my driving style, so we are very excited for that. I expect us to show up and be very competitive. We are bringing a car we have had a lot of success with around Idaho and Oregon.”

Caldwell will not be intimidated in running big races like the All-Star Showdown. He finished top-five in the Idaho 208 last August, in his Pro Late Model. It was an event that 2020 SPEARS Modified Series Champions Jeremy Doss won, to a tune of $10,000. Caldwell has also attended the $30,000-to-win Winter Showdown at Kern County Raceway. His best finish, in his two trips to Bakersfield, was a 37th place effort in his Super Late Model. He also has experience in the Northwest Super Late Model Series as well as the ARCA Menards Pro Series West, where he has a best finish of 10th, in six starts.

As Caldwell makes the 840-mile trek to Irwindale, he is thankful for those who have supported the effort.

“We have to thank the owners at Latham Motorsports for letting us bring a car out of the stable”, Caldwell began. “I’d like to thank my sponsors Hotbox Farms, Conrad & Bischoff, and Pitstop USA for making it all possible for us to make the trip out.”

For those unable to attend, the event will be shown live at www.SpearsRacing.TV and on a delayed basis on MAVTV.