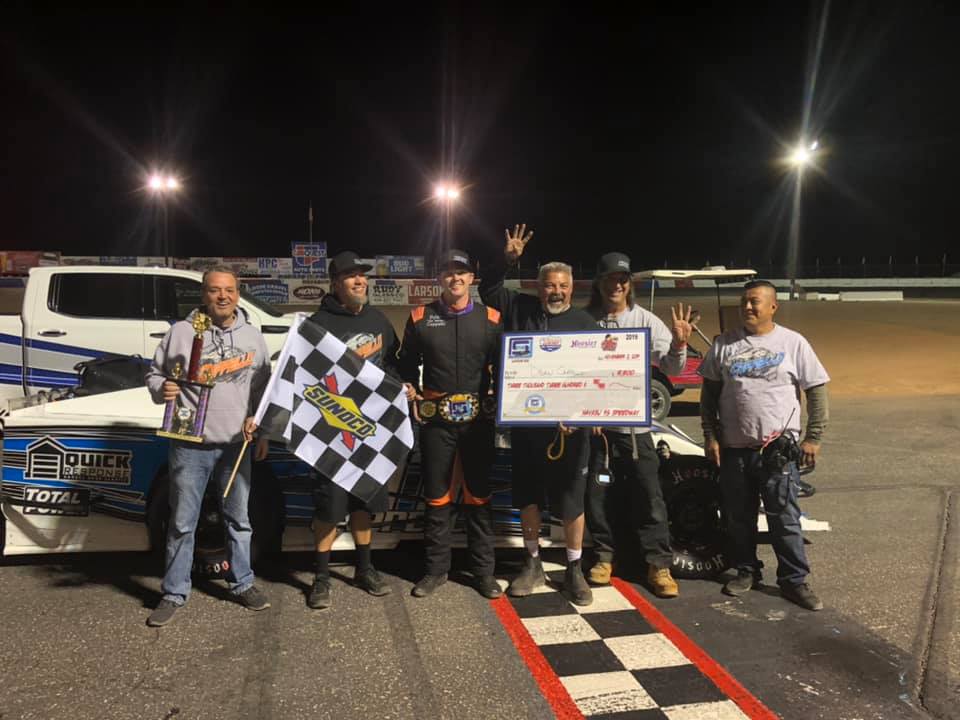 From his 7th starting position, Cappello quickly made his way to the front of the field, where he eventually wrestled the lead from his teammate Eddie Secord on Lap 36.  From that point, traffic and two late race restarts were the only things that slowed Cappello on his way to the checkered. Secord held on to second at the finish, with Peyton Saxton in third, Doug Hamm fourth and Travis McCullough rounding out the top five.  Of the top five, McCullough was the only driver not using a 602-crate engine.

With Saturday’s win at Havasu 95 Speedway, Cappello will be presented the 2019 Spears Manufacturing Modified Series championship at the conclusion of the season finale at The Bullring at Las Vegas Motor Speedway on November 23rd.

The Spears Manufacturing Modified Series presented by Lucas Oil will close out the 2019 season on November 23rd as part of the National Short Track Championship event at the Bullring at Las Vegas Motor Speedway.