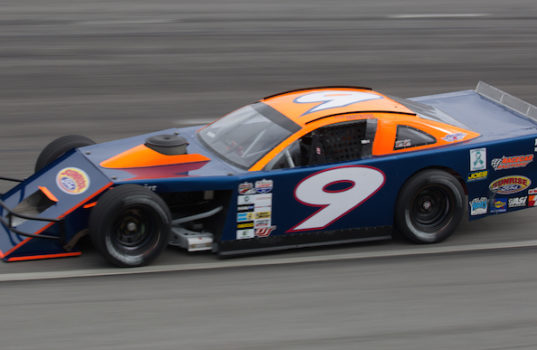 While the full-fendered Late Models will serve as the main attraction during the 5th Annual Winter Showdown at Kern County Raceway (CA), the open-wheeled Modified portion of the event is shaping up to be a can’t-miss race.  On Friday, officials from the SPEARS Manufacturing Modified Series presented by Lucas Oil released the first look at an impressive entry list for the 75-lap Modified Showdown on February 2.

Currently, 27 drivers are entered for the first race under the SPEARS Modified Series banner that was previously known as the Lucas Oil Modified Series.

Cody Kay, who finished third in the standings last season with three top-five finishes, has entered the race and will be looking through a breakthrough victory.

While many of those drivers above could be labeled as expected entry, one unexpected entry was received all the way from Fort Myers, Florida.  Doug Moff, a Modified racer who travels to big races throughout the country, will travel to the west coast for the Winter Showdown.  Moff is a three-time winner during the World Series of Asphalt Stock Car Racing at New Smyrna Speedway.

A full list of entries for the Modified Showdown at Kern County Raceway can be seen below.

Race fans will be able to watch Friday and Saturday’s Winter Showdown racing live on the Speed51 Network.  Click here to purchase a monthly or yearly subscription today.