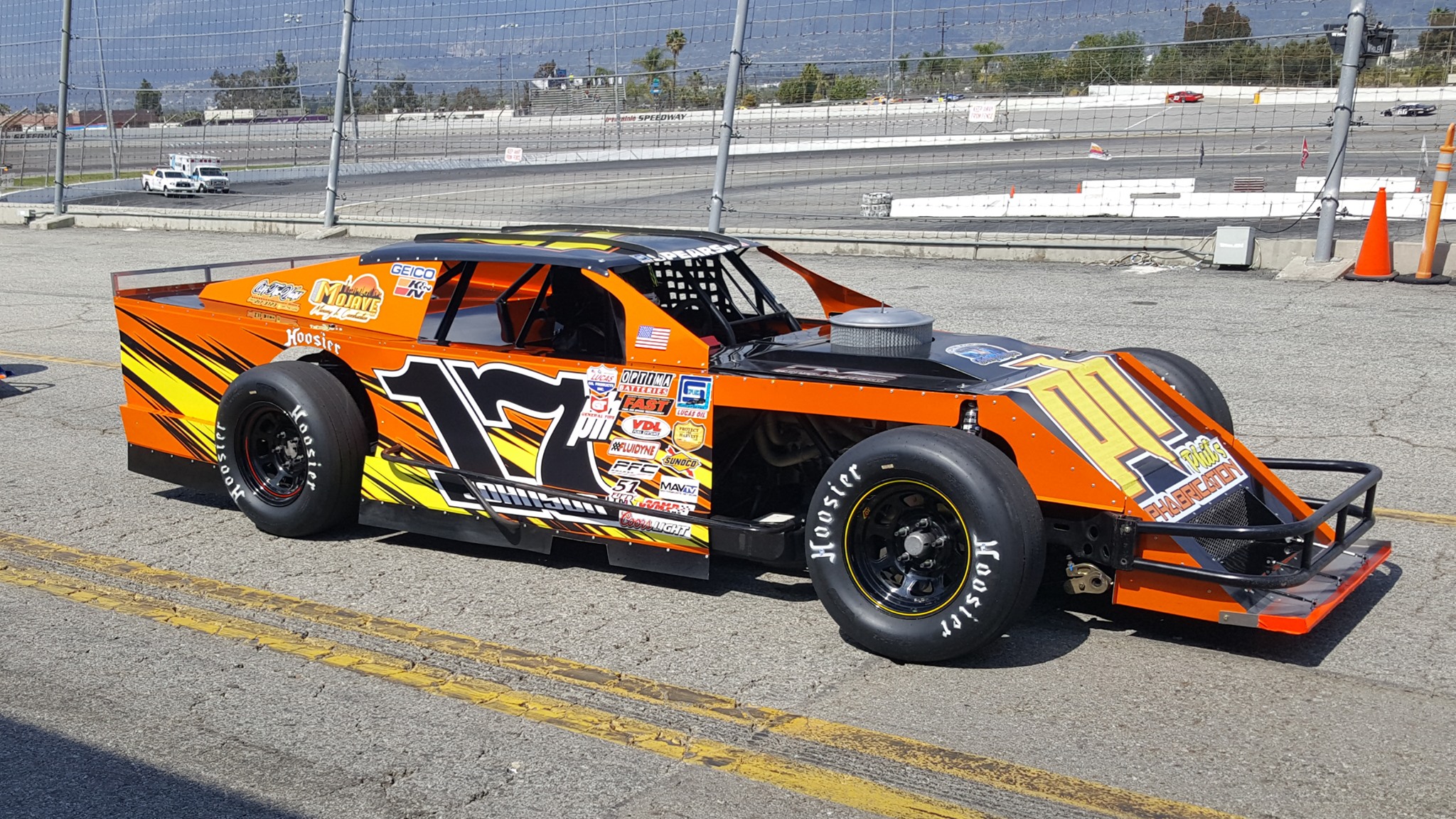 Two-time Spears Modified Series winner Justin Johnson will be headed to the LVMS Bullring and Dirt Track on November 21st for the “OPTIMA Batteries 75 presented by FAST – Fuel Air Spark Technology. Johnson was a regular in the series, in 2018, but will be making his first start since the the first Bullring event in 2019. Johnson was the winner of this event in 2018, getting around Dylan Cappello late in the event to secure the victory. Johnson Super Late Model Track Champion at the Bullring, as well as at Irwindale Speedway.

The SPEARS Modified Series will race for $2,500 to win in the “OPTIMA Batteries 75 presented by FAST – Fuel Air Spark Technology”. Practice will begin on Friday the 20th, with three sessions for the Modifieds, beginning at 3:00 pm (PST), with the Spears Srl Southwest Tour Sereis Super Late Models at 3:45 pm (PST). Alternating sessions each will be held for each division, the last ending at 7:30 pm.

For those who can’t attend the event, catch the action live at www.SpearsRacing.TV, with your paid subscription. The event will also be shown on MAVTV and a date to be announced later.