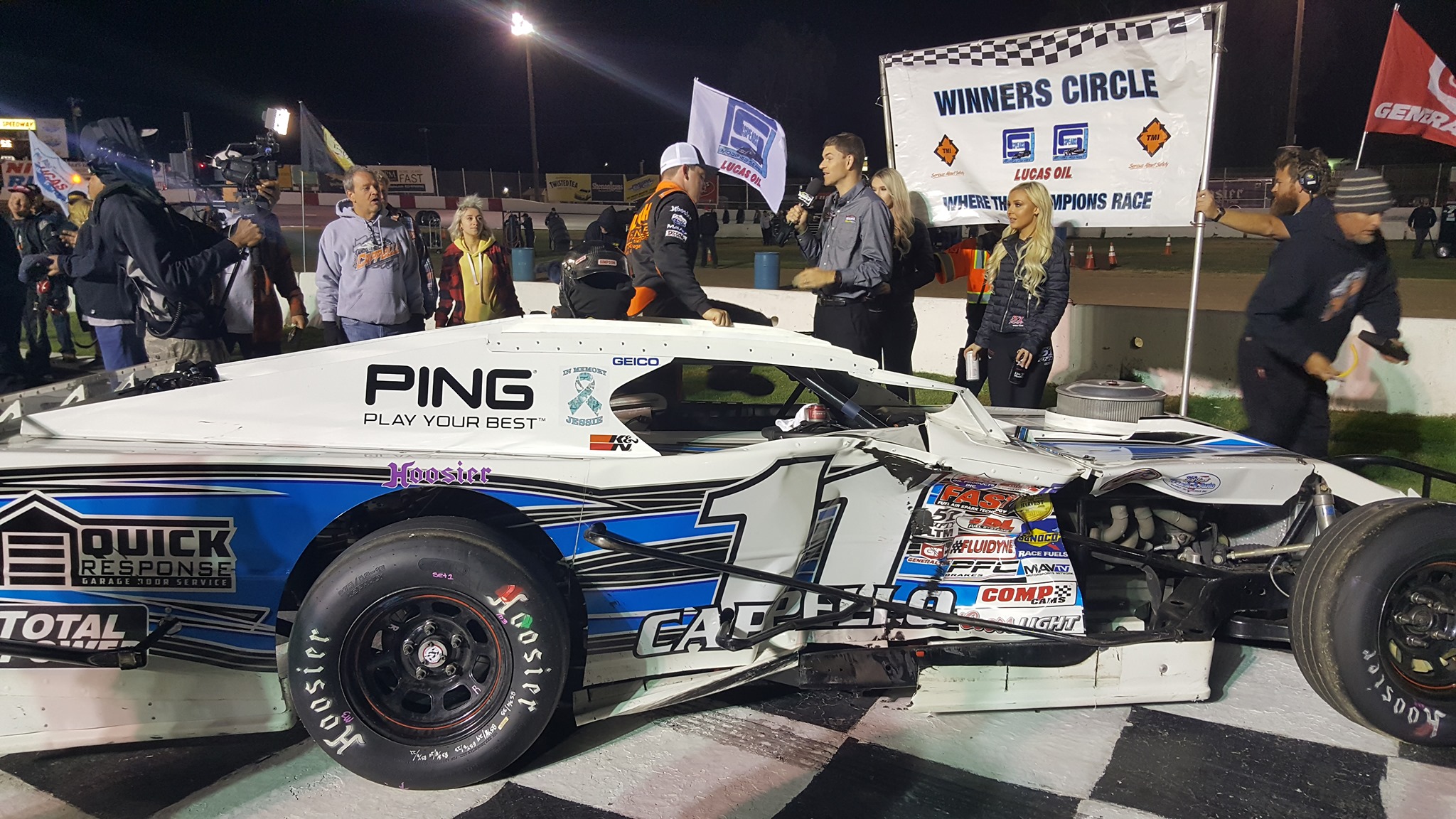 Dylan Cappello didn’t lead a lap in Saturday night’s Spears Modified Series presented by Lucas Oil” feature event, but he was still able to score the $3,300 win in the FAST – Fuel Air Spark Technology 75 presented by General Tire” at Madera Speedway. Capello looked resigned to settle for third, when a late race caution changed the complexion of the entire race.

Cappello set the Performance Friction Brakes Fast Time Award earlier in the day, but it was Eddie Secord, (running a 602 crate engine) who looked like he would take home his first career SPEARS Modified Series victory. Secord took the lead early and held off advances from Cappello until three mid-race cautions bunched the field.

At that juncture, Ryan Schartau was able to wrestle second away from his RBK Racing teammate. Schartau took up chase of Secord, as Cappello slowly fell back. Schartau tried his best, but was unable to rattle the veteran driver, who led until that late race caution.

The ensuing green-white-checkered finish proved to be a mad scramble for the win. On the final lap, Schartau drove it deep into turn three, under Secord. As the duo exited turn four, Schartau pushed up the track forcing Secord to check up as Schartau ended up in the outside wall.

The result was Cappello squeezing under both competitors coming to the checkered. As the trio advanced down the front stretch, Schartau bounced off the wall into Cappello, but not before crossing the line first, with Secord third.

Upon official review, Schartau was penalized to the end of the lead lap in sixth, for his part in the incident. Cappello was advanced to the win, with Secord scored second. William Guevara continued his fine season, finishing third, with Travis Mccullough fourth and Travis Thirkettle rounding out the top-five.

The next event for the SPEARS Modified Series will be at Havasu 95 Speedway on November 2nd.