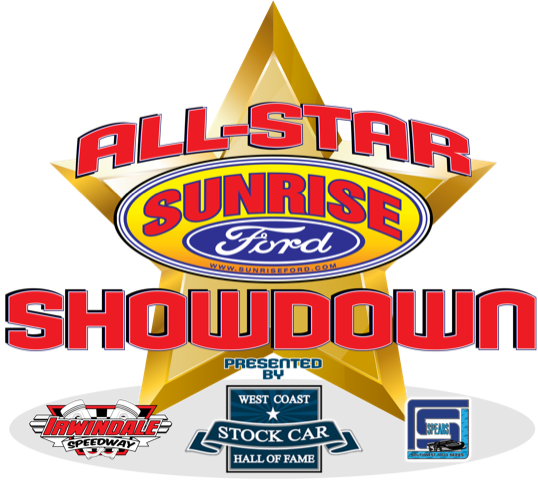 “The 2020 ‘Sunrise Ford All-Star Showdown’ was phenomenal. The awesome feedback from our fans and competitors really pushed us to try and take things to the next level in 2021” said Irwindale Speedway President Tim Huddleston. “Bob and Maureen Bruncati, Lisa and I, along with SRL and the entire Irwindale Speedway team could not be more excited about the future of this great event.”

“There’s not a better place to start the 2021 season than at Irwindale Speedway in sunny Southern California,” stated the SRL’s Larry Collins.  “And there’s not a better track when it comes to three, four and sometimes five wide racing.  We appreciate Tim Huddleston and Bob Bruncati for putting this event together and having the SPEARS Southwest Tour and the Spears Manufacturing Modified Series be part of it.

The 2021 edition of the ‘Sunrise Ford All-Star Showdown’ will once again draw the top teams from around the nation to Southern California on the first weekend of February.  For updates and information, go to www.irwindalespeedway.com or www.srlsouthwesttour.com.