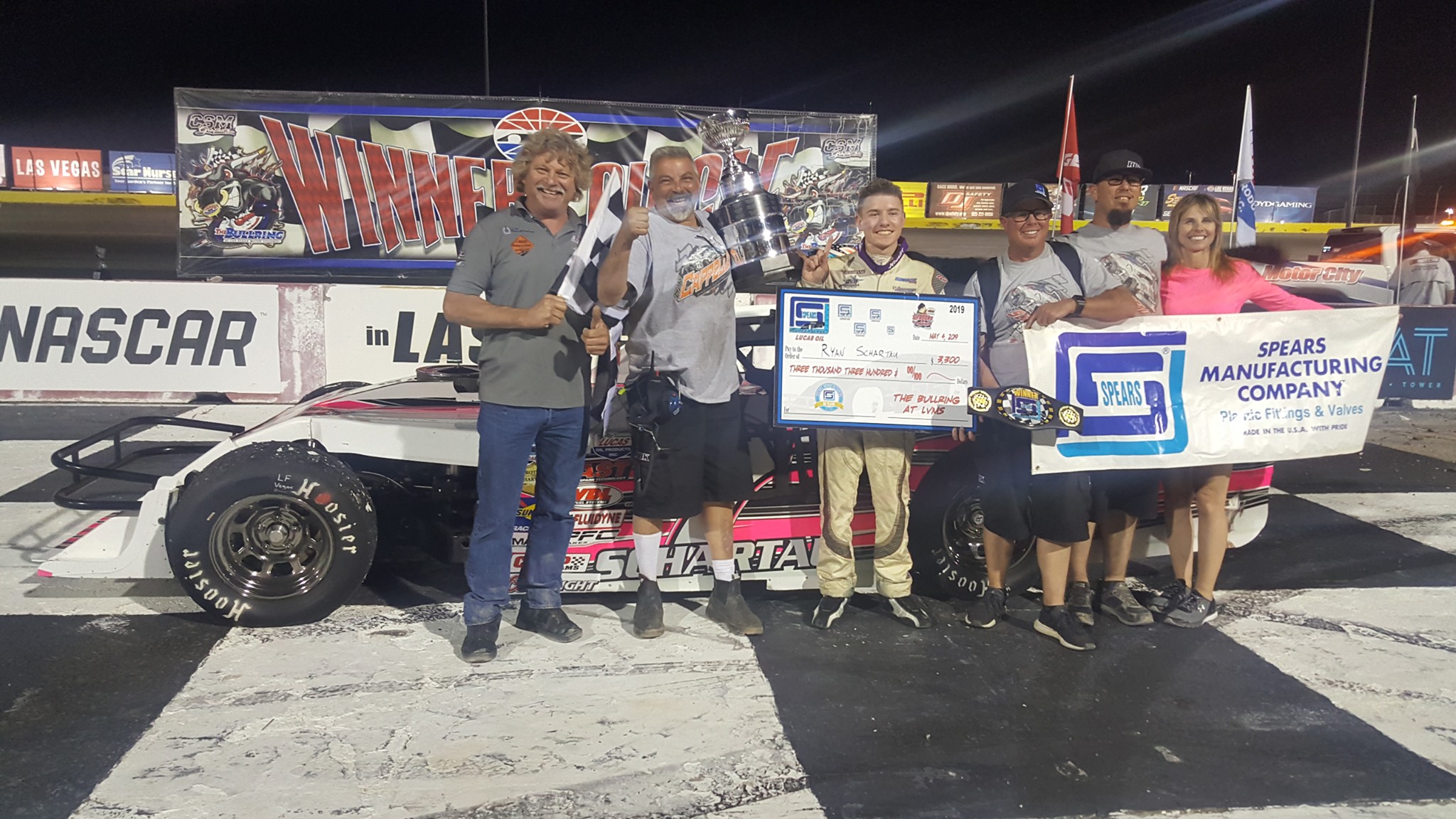 The most recent winner on the Spears Modified Series will be heading to Madera Speedway for the “Spears Manufacturing 75 presented by K&N Filters” on June 8th. Teenage racer Ryan Schartau-Racing scored his first series victory at the Bullring @ Las Vegas Motor Speedway, and in doing so, closed to a single marker, behind championship leader Trevor Cristiani.

With his victory, the Montclair, CA driver has gained a sense of confidence that he hopes will translate into his second consecutive triumph in the series, worth $3,300.

“Going into Madera, I’m really looking forward to racing, as I’m seeing myself as an improved driver in the series”, Schartau told the SPEARS Modified Series. “I am hoping maybe we can pull off another win, this time at Madera Speedway.”

The former Late Model winner at Irwindale Speedway made two starts at Madera last year, with a best finish of third. His 2018 rookie season in the Modifieds resulted in three top-five’s and seven top-10’s in his 11 series starts.

As the series heads to Round #4, Ryan is thankful for the support he has received for his racing program.

“I would love to thank Dean Kuhn, all of team RBK and most importantly my parents.”

The SPEARS Modifieds will be joined on June 8th, at Madera Speedway by Spears Srl Southwest Tour, the Legends of the Kearney Bowl, and the Madera Speedway Hobby Stocks. The event will be nationally broadcast on MAVTV, at a date to be announced later.