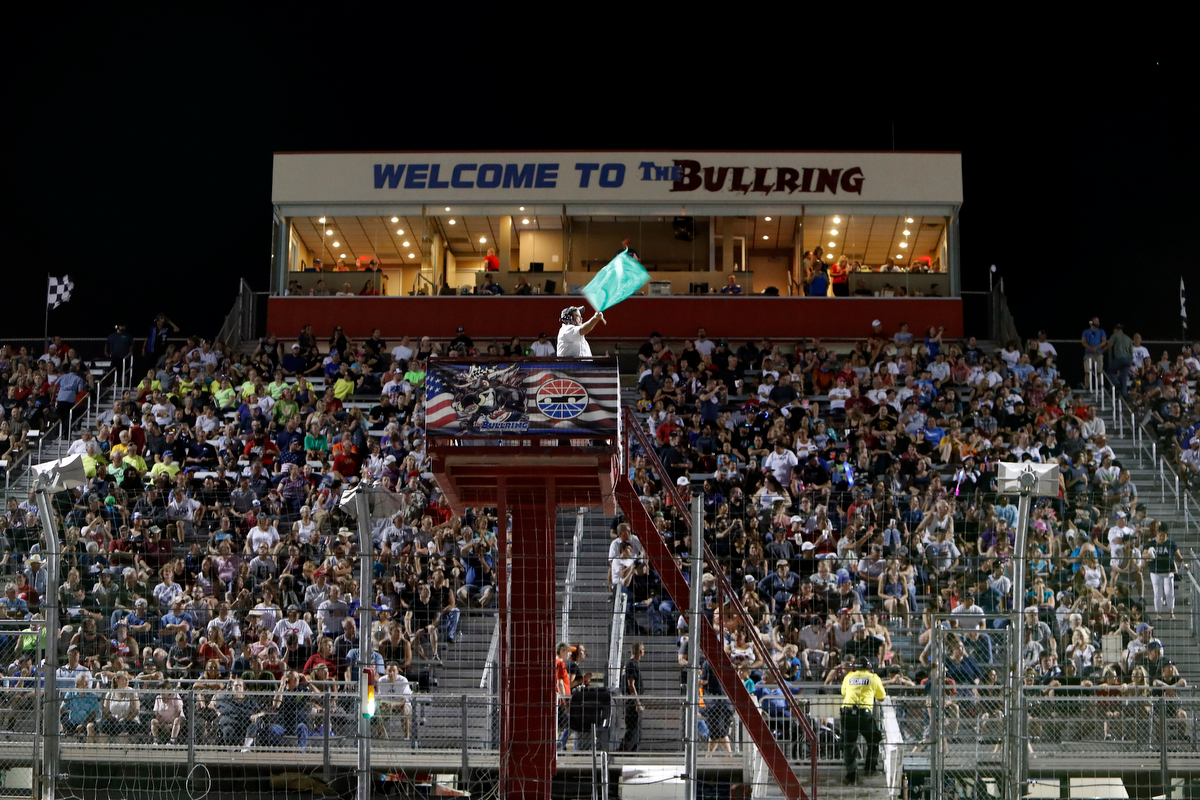 Las Vegas, NV – Race fans coming to The Bullring at Las Vegas Motor Speedway on Saturday night are in for a special treat when the SPEARS Southwest Tour and SPEARS Modified Series pay a visit to the 3/8-mile paved oval.

The Bullring’s four NASCAR classes have the night off, but the USLCI Legends and Bandoleros, as well as the track’s Jr. Late Models division, all have feature races slated for Saturday night. Season points leaders Jaron Giannini (USLCI Legends), Jaden Walbridge (Jr. Late Models), Chloe Lynch (USLCI Bandolero Outlaws) and Sabastian Lafia (USLCI Bandolero Bandits) will be looking to build on their leads as the track hosts racing for the third consecutive weekend.

This weekend’s racing will be the final action at The Bullring until June 1, when all four NASCAR classes return along with Skid Plate Cars, Legends, Bandoleros and Jr. Late Models. New divisional points leaders Vinny Raucci Jr. (NASCAR Bombers) and Scott Stockwell (Skid Plate Cars) are among the drivers expected to be behind the wheel that evening.

Spectators can purchase tickets by calling 800-644-4444 or going online at LVMS.com, and all children 12 and under are admitted free with a ticketed adult. The Bullring concession stand offers great prices, including $2 hot dogs and Coca-Cola products and $3 Budweiser beers.

Race No. 5 at The Bullring at LVMS
Event schedule
Saturday, May 4