SRL to Sanction Lucas Oil Modified Series for 2019 and Beyond 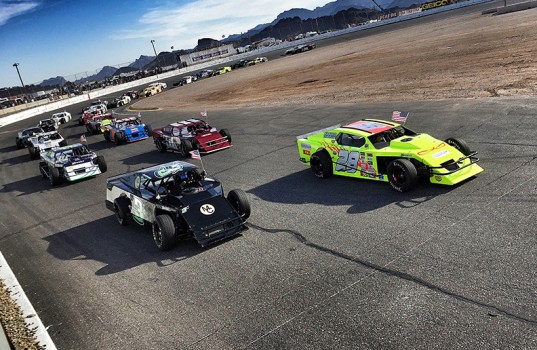 SRL to Sanction Lucas Oil Modified Series for 2019 and Beyond

Bakersfield, CA – Two of the most successful race series on the west coast will join forces in 2019. The Lucas Oil Modified Series and the SPEARS Southwest Tour Series will both operate under the guidance and sanction of the SRL for 2019 and beyond.

“I’ve been with the Modifieds since the series started in 2006, and I’ve enjoyed every minute of it,” stated Lucas Oil Modified Director, Greg Scheidecker.  “These teams are like family to me, and I’m proud of what we’ve accomplished with the support of Lucas Oil over the past 12 years.”

“But, for the past few years I’ve been trying to slow down, and take a look at retirement, but I wanted to leave the Modified Series in good hands.  I wasn’t going anywhere until I knew the series and teams were going to be taken care of.”

From the first thought of Greg’s retirement, the management of the SPEARS Southwest Tour Series was on the top of his list to take over his “pride and joy” and be at the helm of the Modified Series.

“We’ve had a long-standing relationship with both Greg and Lucas Oil, and when Greg shared his thoughts about retirement, we understood how hard it would be for him to walk away. However, we were willing to step in and try to fill Greg’s shoes, if that was indeed what he thought was best for his series.” stated the SRL’s Larry Collins.

The talks between the two parties really accelerated during the summer months, with Lucas Oil’s Director of Racing Operations, Ritchie Lewis and Lucas Oil Executive Vice President Bob Patison both joining the conversation.  An agreement in concept was finalized on October 23rd.

With the support of both Spears Manufacturing and Lucas Oil, the Modified Series will continue to be the powerhouse of west coast racing that it has been for over a decade.  The 2019 schedule of events will see both the SPEARS Southwest Tour Series and the Spears Manufacturing Modified Series presented by Lucas Oil compete together on the same weekends throughout the year, with six events for both series being nationally televised by MAVTV.

The 2019 championship points season for the Modifieds will begin at Kern County Raceway on February 2ndat the Fifth Annual Winter Showdown and will conclude at the Bullring at Las Vegas Motor Speedway on November 16th.  Other host racetracks in 2019 will include, Irwindale Speedway, Madera Speedway, Havasu Speedway and one more to be announced.

“What may be the best part of this entire deal is that Greg Scheidecker will be with us at every event.  Not only do I really like hanging out with Greg, it goes without saying that having him onboard this year is invaluable to everyone involved.”  Collins concluded.

There will be a Modified Team Owner’s meeting held on Friday, November 16that 7:15pm at the Bullring to further share plans for the upcoming 2019 season.