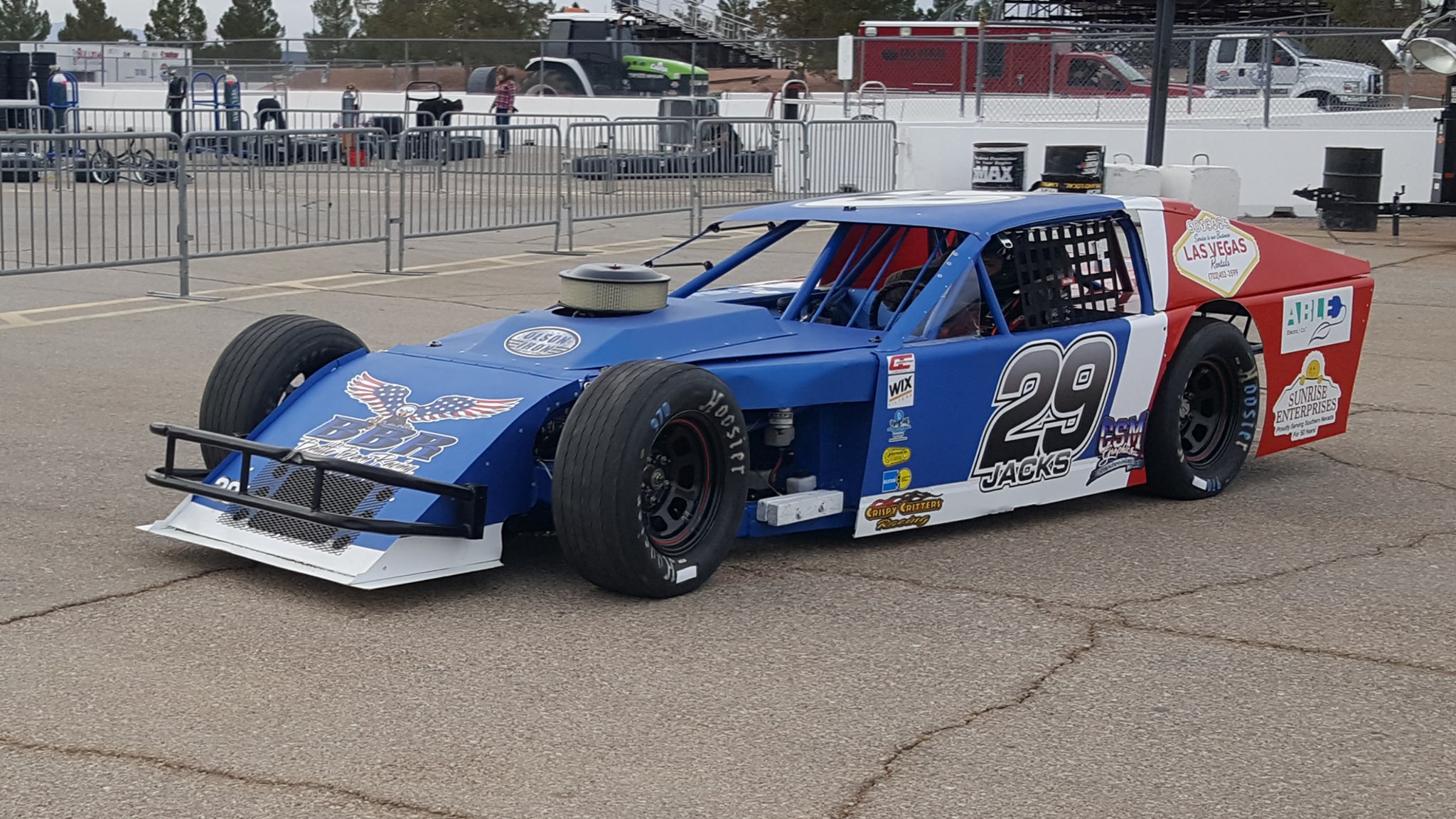 Three-time LVMS Bullring  Track Champion Sam Jacks had a strong effort in the “OPTIMA Batteries 75 presented by FAST – Fuel Air Spark Technology” on November 21st. Jacks finished sixth, in only his second Spears Modified Series start. Jacks put his hometrack knowledge to good use, qualifying fifth and competing inside the top-five for a good portion of the event. Jacks is the Track Record Holder, in the Bullring’s 602 Modified Division, and was also the opening night winner for that division in 2020. He has a total to 26 victories at the facility.

The next event for the SPEARS Modified Series will be the season finale on Irwindale Speedway’s 1/3-mile oval. The event will determine this years championship in the hotly contested battle between Jeremy Doss and “Fast” Eddie Secord.