Travis McCullough and the RBK Racing Team Win at Irwindale 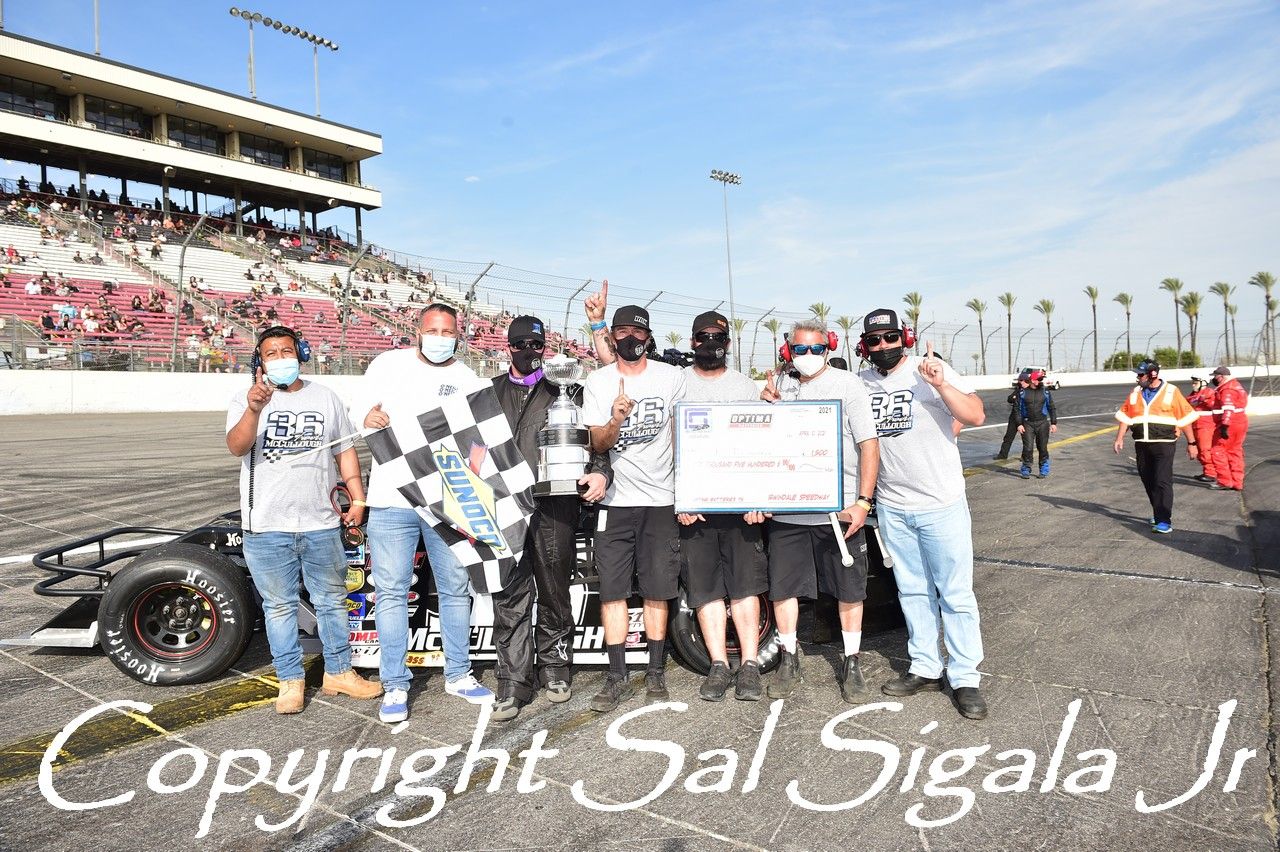 Travis McCullough and the RBK Racing Team Win at Irwindale

admin2021-04-16T12:39:06-07:00
By admin News 0 Comments
ShareTweet
Travis McCullough and the RBK Racing Team came to Irwindale Speedway with a fast racecar and a mission. That mission was to beat the #75 of Jeremy Doss, after a disappointing DNF in the last round for the SPEARS Modified Series at Kern County Raceway. After the “Optima Batteries 75”, McCullough and his team accomplished their goal, coming home with the $1,500 victory and McCullough’s first career win in the series. To pull off the victory, McCullough had to hold off the 2020 Modified Series Champion and 2021 championship leader, to make the win even sweeter.
McCullough took the lead from Travis Thirkettle on a lap 12 restart, from the outside, and never looked back to score his first SPEARS Modified Series win. It was not all easy for the veteran racer, as he had to hold off Jeremy Doss on multiple restarts, after Doss got by Thirkettle on the bottom on lap 21. Doss appeared to have the better car on the long run, but a spat of cautions kept the field close, and McCullough’s tires cool, allowing him to pull away after each yellow. The battle for third found Eddie Secord battling back, after early contact sent the two-time series winner deep into the field. On lap 73, Secord was able to get under Thirkettle and come out with the third position, with Sam Jacks winning out in a race long battle with Bill Sedgewick and Andrew Anderson for the final top-five position.