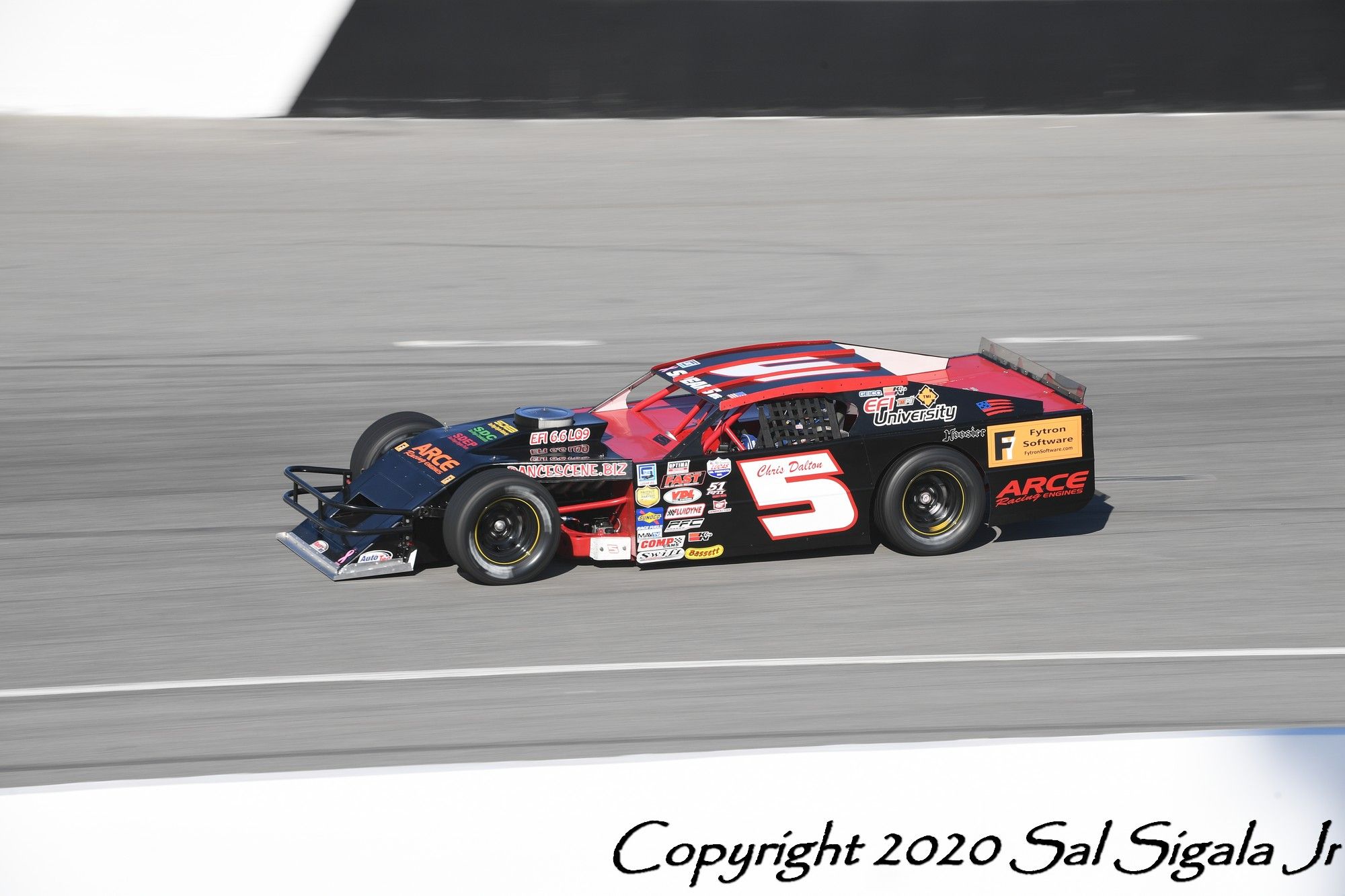 Chris Dalton is set for double duty in the Spears Modifieds and Pro Late Models on the big half-mile Saturday, October 24th and 25th at the Bulwark FR October Classic at Kern County Raceway. Chris Dalton has teamed up with Dave Arce Racing for his third career start in the ultra-competitive Spears Manufacturing Modified Series and his first start with Gary Collins and his Collins Motorsports Pro Late Model. Kern County Raceway is Dalton’s home track, where he has earned over 20 victories in the spec modified, super stocks and late model.

The three-time track champion is looking forward to this weekend with a couple races under his belt with Arce Racing. “I’ve developed a great relationship with Dave Arce and Crew Chief Jimmy Dickerson in the first couple races.  They work their hearts out to give me what I need on the racetrack. Getting a chance to race for Gary Collins is kind of surreal being that I’ve worked for him as a mechanic since I was 18 years old on various race teams with many different drivers. I’ve worked with the crew for years and they’re like family. I feel we have a chance to win in both divisions with the equipment and opportunities I’ve been provided.” stated Dalton.

“2020 has been a crazy year with Covid-19 and the limited races we’ve been able to run.” Dalton continued.  Dalton, a Senior Police Officer with Bakersfield Police Department, has also been very busy with his career.  “With the current political climate and civil unrest, I would’ve had to miss several races this year due to work. I’m very grateful for all my opportunities I have been given in life, with both my job and my family.”  Dalton concluded.

Dalton would like to thank his marketing partners for this weekend; Motor City GMC, Trinity Safety Company and Circle M Truck and Auto repair. These great marketing partners have been with him for the last nine years and continue to support and believe in him.

Dalton knows he will have tough competition against some of the best drivers on the West Coast and looks forward to the challenge.