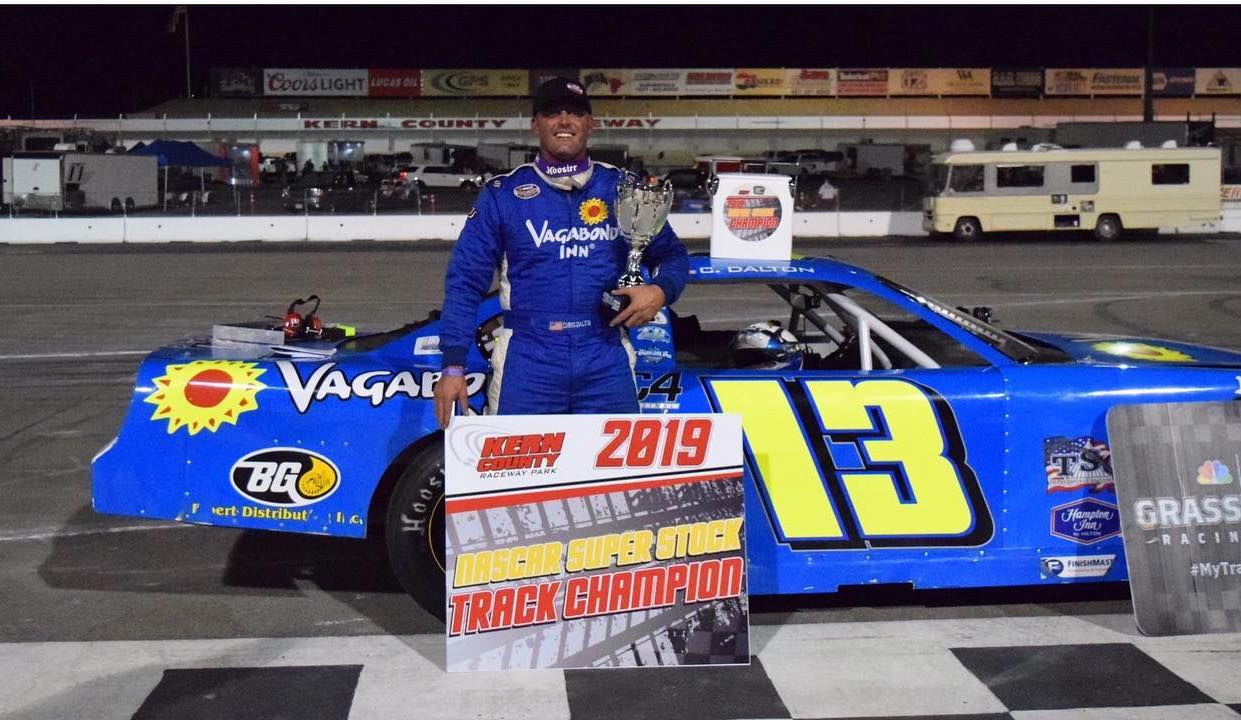 One of Kern County Raceway’s winningest drivers is set to make his first start in a Spears Manufacturing Modified on the big half-mile Saturday, March 21ST at the 6th Annual Winter Showdown. Chris Dalton has teamed up with Dave Arce Racing for his first career start in the ultra-competitive Spears Manufacturing Modified series. Kern County Raceway is Dalton’s home track, where he has earned over 20 victories in the Spec Modified, Super Stock and Late Model.

The three-time track champion is looking forward to his first start with Dave Arce Racing. “I met with Dave (Arce) and Crew Chief Jimmy Dickerson at the All-Star Showdown in Irwindale. Getting a chance to meet those guys and watch them work just makes me even more excited for March 21ST at Kern County Raceway” stated Dalton.

2020 is going to be a busy year for Dalton as he plans on running a full super stock season at Kern County Raceway and numerous Spears Manufacturing Modified races. Dalton has been driving at Kern County Raceway since the gates opened in 2013, and says, “I am very grateful for all my opportunities I’ve been given the last nine years driving in several different divisions, however 2020 I believe is going to be my biggest year yet.  I have to credit a great race team (CD Enterprises) who have become some of my closet friends, family and all my marketing partners without them none of this would be possible.”

Dalton also stated, “I have wanted to pilot a Spears Modified from the first time I watched them at Kern County Raceway. I must give a huge thanks to Dave Arce and Chris Machado from Circle M Truck and Auto Repair for giving me this opportunity.“

I have to give thanks to my biggest marketing partners, Circle M Truck and Auto repair, Vagabond INN, Victory Circle Chassis, Trinity Safety Company and Hampton Inn. Most of these marketing partners have been with me the last nine years, have supported me and believe in me.

Dalton knows he will have a new challenge and going against some of the best modified drivers on the west coast. In closing, Dalton says “Cappello, Doss, Thirkettle; these guys are all great drivers and teams and I can’t wait to see where we stack up against them.”