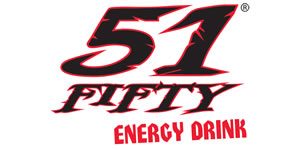 “The brand 51FIFTY has been part of racing since the beginning. It seems only right to be part of the largest short track race on the west coast. I look forward to not only being part of the weekend as a sponsor, but also as a racer. This race brings the best racers together in the country, which always creates some exciting racing for the driver and for the fans.” commented 51FIFTY Energy Drink CEO, Carlos Vieira.

For more event information, go to the “Winter Showdown” icon at www.SRLSouthwestTour.com. The 5thAnnual Winter Showdown tickets now on sale at http://www.kernraceway.com/2019wintershowdowntickets or by calling the Kern County Raceway office at 661-835-1264.