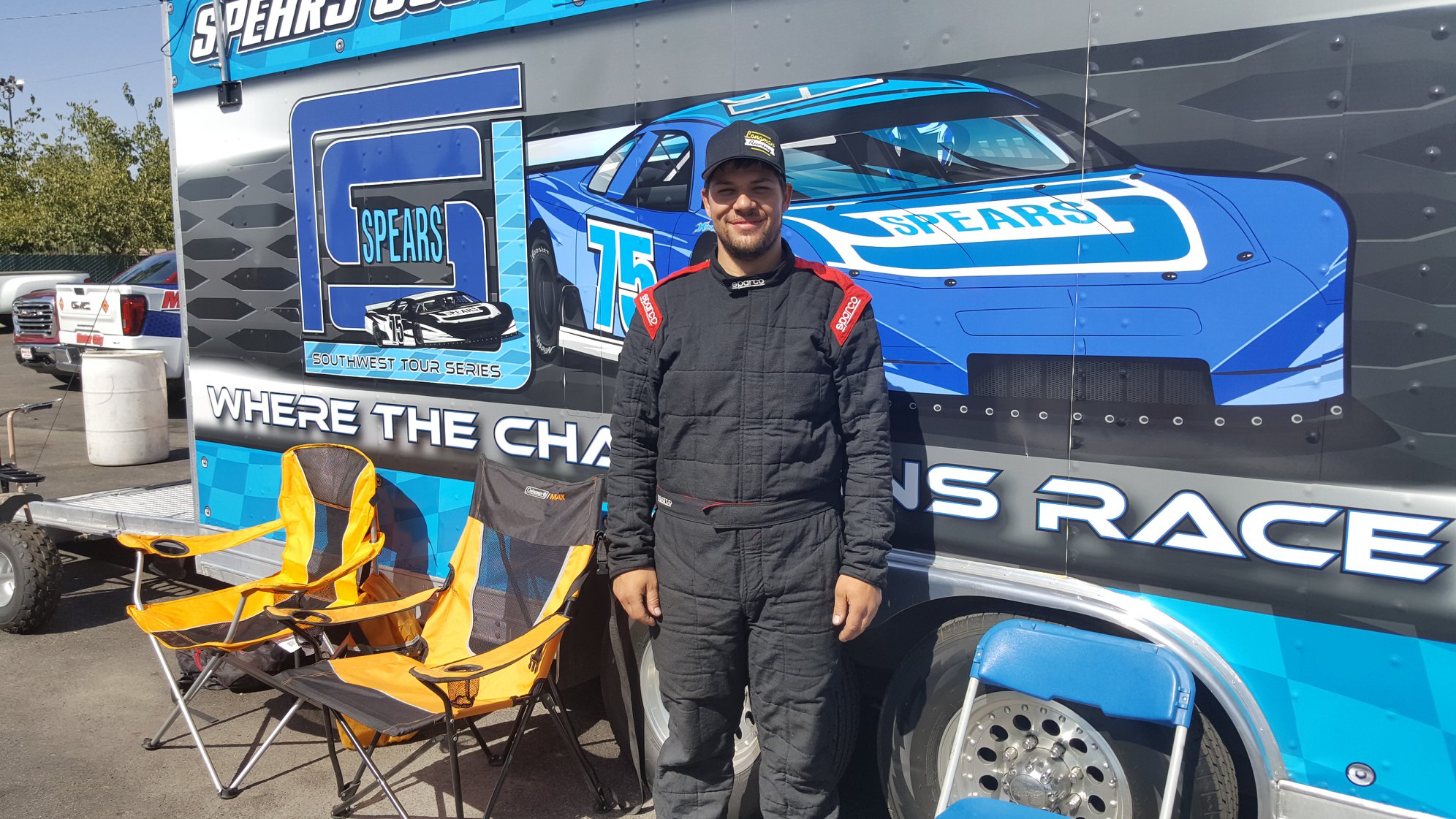 When the Spears Modified Series presented by Lucas Oil heads to Irwindale Speedway, one driver will make a familiar 640-mile trek from Lehi, UT to Irwindale, CA. The sixth-place competitor in the 2019 SPEARS Modified Series Championship Standings will make his fifth start at the facility, but the first on the inner 1/3-mile course. It is a test that the Major League Auto Repair, S&G Signs backed driver looks forward to, as the SPEARS Modified Series tries the shorter track for the first time in the “Traffic Management Inc. 75 presented by General Tire”. It is a test that could benefit the veteran racer, Jeff Longman.

“I think any new track is for sure a challenge”, Longman told the SPEARS Modified Series. “I am looking forward to it. We seem to have better results on the short tracks.”

Longman currently sits seventh in the current championship standings after four events. This is despite missing the event at Kern County Raceway in June. He counts top-10 finishes in each event attended, including a career best tying sixth, on the ½-mile at Irwindale in July. His ability to finish consistently in the top-10 is impressive, given the distance he travels, the small budget under which the team operates and with help from his friends and family only.

“Not having a lot of sponsorship makes for a tighter budget”, Longman stated. “Our team consists of family and friends. We all have to take Thursdays and Fridays off for most of the events.”

Longman enjoys the competition in the series, and battling against all the series participants. He is consistently racing in the top-10, where his finds himself vying for position with several competitors consistently, although he doesn’t have a particular rival on the track, as Longman asserts.

“I don’t have one driver in the series that I enjoy racing against, over the others. They  all are equally competitive. We do seem to be racing with William Guevara and Travis Mccullough consistently, however.”

When asked about his most memorable experience in the SPEARS Modified Series, Jeff recollects back to his first trip to the series other ½-mile oval. It is a facility known for its high-speed action and intense competition.

“I think the first time going to Kern In 2019 (is my most memorable experience), Longman said. “It is just a very nice and professional facility. It is a very fast track!”

But Longman will now turn his attention to the smaller 1/3-mile at Irwindale Speedway on September 19th. He will be looking to break through for his first top-five effort in the series, and a move towards the top-five in the championship standings. To make that endeavor, Longman is grateful for those who make his efforts possible, in the SPEARS Modified Series.

“I would like to thank my wife, and all my family and friends”, Longman expressed. “They are the ones who make it possible for us to go racing. We can’t do it without their help.”