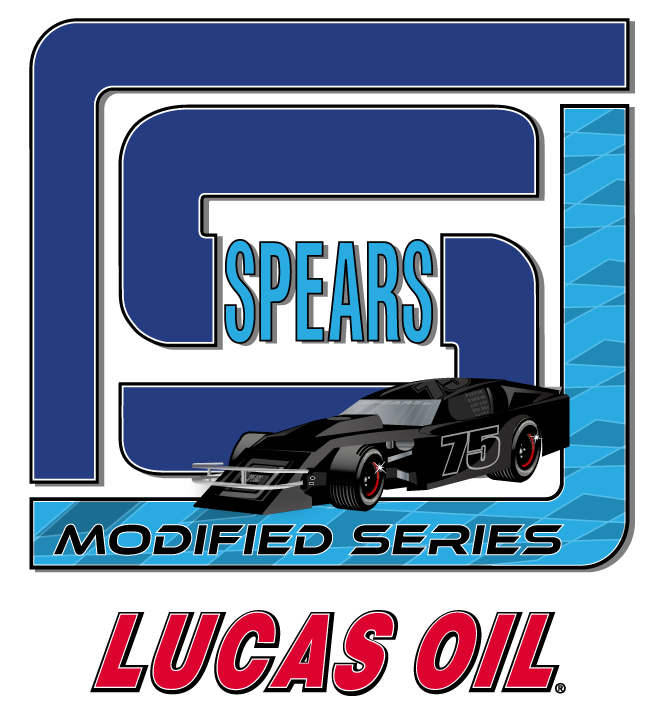 As the SPEARS Modified Series enters the final three events of the season, the championship battle has narrowed down to two accomplished racers. Jeremy Doss and Eddie Secord will lead the series onto Irwindale Speedway’s inner one-third mile for the “Traffic Management Inc. 75 presented by General Tire” on September 19th. Doss holds a miniscule three-point lead over “Fast” Eddie, as the Modifieds head to a track that will be an unknown to most of the participants.

Both Doss and Secord have participated on the 1/3-mile, with a total of two starts between the two of them. Doss nearly pulled off a huge win last January, when he elected to start in the rear for the $1,000 bonus, in the 22-car field of Pro Late Models. He almost scored the $11,000 victory, after methodically making his way from the back. He passed Cole Williams for the lead, with just a few laps remaining, but his bid to win was ended when Williams moved high to avoid a stalled car, spinning Doss.

Doss hopes that experience in the Pro Late Model will help him in his Modified, but he is not sure to what extent the information will transfer over this weekend.

“I think it will help to an extent but not much”, Doss mused. “I still don’t have a lot of experience on the track and I’m not sure how the Modified is going to react there versus our Late Model.”

Secord’s experience was seventeen years ago, in a Pro-4 Late Model. That experience leads Eddie to believe it will be a good race.

“I have raced on the 1/3-mile once, back in 2003”, Secord recalled. “It was in a Pro-4. It was really racy back then. I think it will be an awesome race. It looks to be a little rougher surface now. I think it should put on a good show.”

Doss also believes the 1/3-mile will produce an exciting race, but he also hopes to have better fortune, than back in January.

“I think it’ll be fun to run on Irwindale’s 1/3-mile”, Doss said. “I’m not quite sure what to expect, but I’m sure it’s going to produce some good racing. “Hopefully, I’ll have better luck this time than last time on that track!”

Both of these drivers would love to secure their first championships in Modified action. Doss currently leads the 2020 season in wins, as he has reeled off two victories in the four events. He also scored his very first SPEARS Modified Series win in his very first series start, the 2019 season finale at the Bullring at LVMS.

“It’d mean a lot to win the SPEARS Modified Series Championship”, Doss described. “I think it’d be cool to be the only driver to have won a championship in both of SPEARS Elite Divisions.”

Secord scored his first series victory on his 54th career start in SPEARS Modified Series action. The win came at the ultra-fast Kern County Raceway back in June and planted Secord right in the thick of the championship battle.

“The first win was awesome and to win a championship in this caliber of a series would also be awesome”, Secord exclaimed!!! “I have won championships in the Pro-4’s , but the Spears Modified Series is an elite series, and would definitely be the highlight of my career.”

While Secord has the experience advantage over Doss in the Modifieds, Jeremy has begun to understand the key to running well in them, and what he enjoys about the challenges they provide.

“The biggest thing I like about the Modified is with the big motor and little tire, it’s really easy to upset the car and burn the tires off”, Doss relayed. “So, it seems to come down to the driver taking care of their equipment! Don’t get me wrong, you still have to have a good set up, but even when it’s  good, you can still burn it up!”

With Secord’s experience advantage, he has an idea of what it will take to bring home the big prize at the end of the season. It is something that has worked well for him in the past.

“The key is staying constant and don’t give up. I have been in this position a couple of times and it’s payed off in the end”, Secord declared.

It is not surprising, with all the success that these two competitors have had in the past, that they both enjoy competing against each other. They both have respect for each other’s abilities, and enjoy the challenge of defeating the other on the track.

“The (Eddie) Wilcox / (Jeremy) Doss group are an awesome group”, Secord began. “They come prepared every race. We beat them once this year and that boosted my team!!! To beat them in the championship would mean a lot for our small team!!!!”

Secord continued, “Racing against Jeremy is great. He’s got lots of talent. We race hard and clean and we give each other room. I look at it as he is just another racer, but it does feel good when you beat him.”

“I really enjoy competing against Eddie”, Doss described. “He is a great driver who always runs me with a ton of respect. He’s definitely keeping us on our toes!”

To get to this point in the season, with the success both drivers have had, it takes teamwork, determination, and the help from sponsors. Both drivers are appreciative of the support they have been given.

“I really need to thank my sponsors and crew for sticking with me through this tough year”, Secord stated. “I’d like to thank Pinnacle Peak Steakhouse, KH Enterprises, LES and of course Secord Motorsports. The schedule keeps changing, but we will make it till the end!!!!”

Doss also stated, “I would like to thank Eddie & Kori Wilcox for letting me pilot their bad fast race car! I need to thank Duane Sharp, Ty Thatcher, Eddie Wilcox Jr, STR and Peters Racing Engines for all their efforts to make this season a success!”

Although Doss and Secord appear to be the favorites, William Guevara and Travis McCullough both find themselves only 32 points behind Doss. Both hope to close the gap in Round #5. They are followed in the championship standings by Rookie-of-the-Year leader Jim Coffey, Ed Coffey, Jeff Longman, David Levitt, Jerry Toporek and Chris Dalton, who rounds out the top-10.

The SPEARS Modified Series will race for 75 laps in the “Traffic Management Inc. 75 presented by General Tire”. They will be joined by the Sigma Engineering Pro Late Models, Southwest Tour Trucks and the Super Late Models for a big weekend of action at Irwindale Speedway. Qualifying for all divisions begins at 1:30 pm (PST), with the Nation Anthem scheduled for 3:55 pm. The feature events will follow. For those unable to attend, due to fan restrictions at the event, the live broadcast can be viewed at www.SpearsRacing.TV and will be aired on MAVTV at a later date.