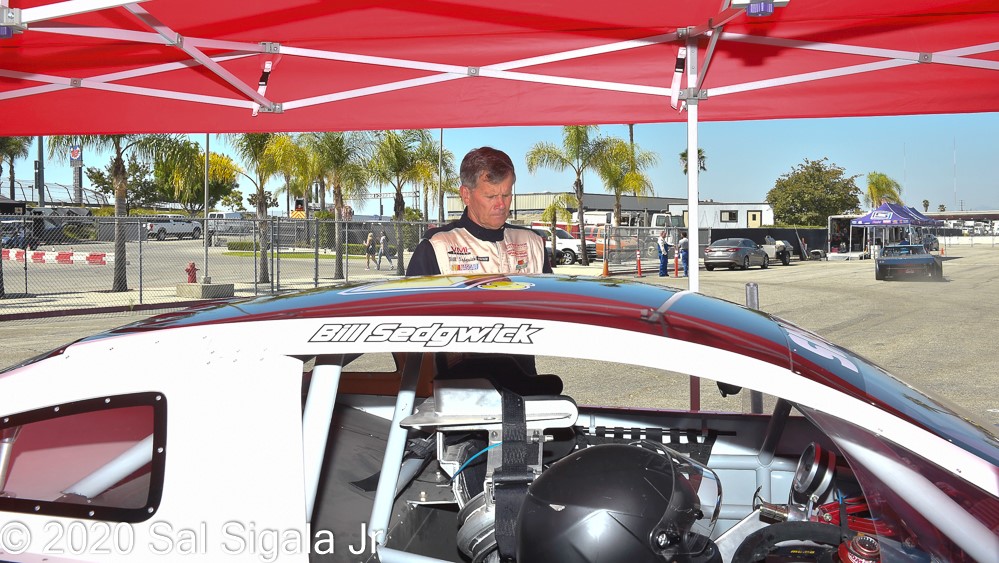 Two-time ARCA Menards Pro Series West Champion Bill Sedgwick is set to make his second appearance in the Spears Modified Series on February 6th. Sedgwick has entered the “Modified All-Star Showdown 100” at Irwindale Speedway, looking to score the $5,000 win in a field that has already reached 25 entries. He will take on the inner 1/3-mile oval on “Sunrise Ford All-Star Showdown presented by the West Coast Stock Car Hall of Fame” Weekend.

Sedgwick is a 17-time winner in the “West” series, with 109 starts. He has two additional championship runner-up finishes in that series as well. His best finish on Irwindale’s ½-mile were two runner-up efforts in 1999 and 2000.  From 1988 to 1992 Bill made 21 starts in the NASCAR Southwest Tour Series, earning three top-five and 13 top-10 finishes. He also scored one pole position in 1990. From 1995 to 1999 the Acton, CA driver made 53 starts in the NASCAR Gander RV & Outdoors Truck Series. He scored nine top-five and 21 top-10 finishes. In the series inaugural season (1995), Sedgwick finished seventh in the championship standings in the Spears Manufacturing sponsored “Super Truck”. He had one pole and a best finish of second at Mesa Marin Raceway.

The veteran racer also participated in 10 career NASCAR Cup Series events. His best finish was a 15th at Sonoma Raceway in 1991. That particular season was his best in the “Cup” series, also coming home 19th at Martinsville Speedway, while winning the “West” position of the Phoenix Raceway event, bringing home a 21st overall finish.

Sedgwick made his lone SPEARS Modified Series appearance in 2020 on Irwindale’s 1/3-mile. The veteran driver came home fifth in that start after also qualifying fifth. He will back in the same Kevin Bowles owned Modified looking to step it up a few positions and bring home the $5,000 winner’s check.